Topspin In Tennis - Anyone Wanting To Know Exactly How It Works? 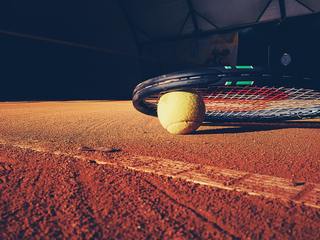 For those learning the game, they'll know a lot of attention is paid to topspin in Tennis.

For most of the experienced players Topspin is a crucial skill to acquire, that said few players appreciate why the tennis topspin makes the ball move exactly the way it does. Let's try to clear things up and increase everyone's understanding.

Topspin is produced by a Tennis player when they brush their racket strings up and over the back of the ball. This creates a "forward spin" on the ball's upper surface, propelling it along the same flight path that the ball is already going on.

This action increases the ball's friction with the air, as a result there is increased air pressure on the ball's top and less on its bottom. This effect which is named the Magnus force, forces the ball downwards whilst it flies through the air. Topspin will make the player's ball drop quicker enabling them to hit the ball higher over the net.

One of the huge advantages afforded to players using topspin is the chances of the ball hitting the net will be reduced. As well as that with having higher clearance to get the ball over the net, when it makes its downward descent from higher in the air, it also bounces higher too. Frequently the opponent can't come back with a powerful enough response, especially if wanting to use a backhand!

If the opponent wishes to avoid playing the ball at an uncomfortable height they can move forward to catch it on its rise, or move back to meet it once it's dropped, depending on how sharply the ball bounces. 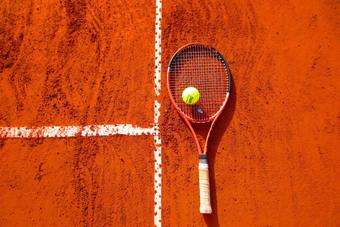 Bouncing higher doesn't always mean shooting up at a steeper angle. This is due to the fact that the bounces angle consists of a combination of both forward and upward components.

With this insight on topspin in Tennis , the player will now have some important knowledge at their disposal when playing the game. Hope everyone now has a better understanding, although practice really does make perfect!